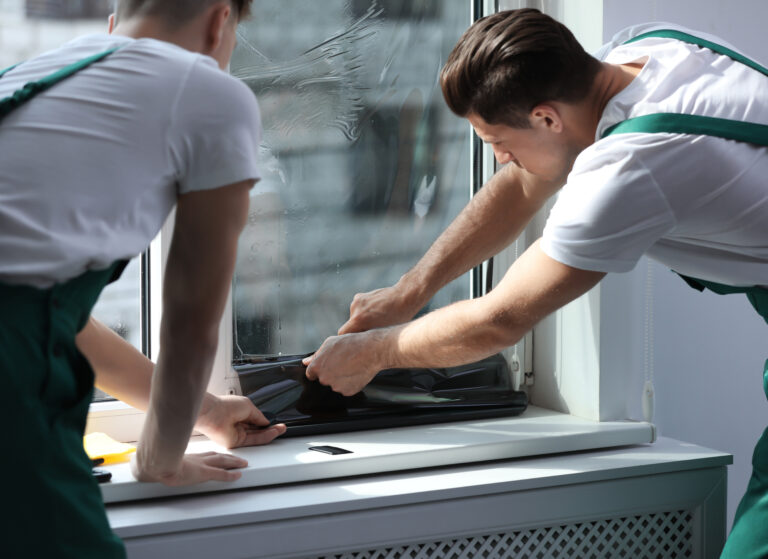 WHY CHOOSE TINTFIT THE COMPANY:

Originally established in 1996 by Lee Taylor, Tintfit Window Films has made innovation the driving force behind its success. The company is committed to providing it’s customers with the highest standards of window film installation and support whether the job be very large or very small.

Having established partnerships with some of the best and most experienced window film fitters in the country, as well as having our own highly experienced teams, we are now in a position to offer nationwide lightning-quick turnaround times, as well as guaranteeing the highest standards of quality.

Buildings can be transformed into striking examples of attractive architecture with the application of one of our extensive range of over 120 different films.

All of our installers are highly trained and as a minimum will have passed their CSCS, iPAF and PASMA to enable them to work on all types of jobs.

Tintfit’s films are manufactured under an ISO 9001 compliant quality management system. Our leading films have been tested in CE accredited laboratories.

As a large company we are able to derive substantial savings from economies of scale, savings that we pass on to our clients when it comes to installing the film.

All of our staff are trained to the highest level and together we have well over 100 years of experience in this industry.

We have a network of highly trained fitters all over the country as well as stocking all of our products meaning we can always get your job turned around in double quick time.

Tintfit offers the best product warranties available on the market. The vast majority of our products come with 10+ years warranty.

You will always receive 1st class service from all of the staff at Tintfit. We continuously strive to improve customer satisfaction.

Tried, tested & trusted by clients across the UK and beyond

Get the latest Tintfit tips, product releases and special offers straight to your inbox